The interior design of the culinary products shop located in the historical part of Zagreb is conceived as a very ambitious intervention in a very small space. The interior of the shop is designed as a insertion of an autonomous cube into the existing space, which shows the distancing to the historical layers of the old house in which it is located.

The new volume is formed through a series of cross-sections that are either removed or folded between each other. The result of such a play of segments is spatial dynamics, but also the creation of elements such as a counter and shelves in an interior that has no furniture. Segments along the edges allow the integration of lighting in the ceiling, hiding the entrance door in the wall or accompanying spaces such as wc and storage. The new volume is materialized from a series of horizontal wooden slits which are partly omitted by further emphasizing the dynamics in which the wall, floor and ceiling surfaces blend into one. 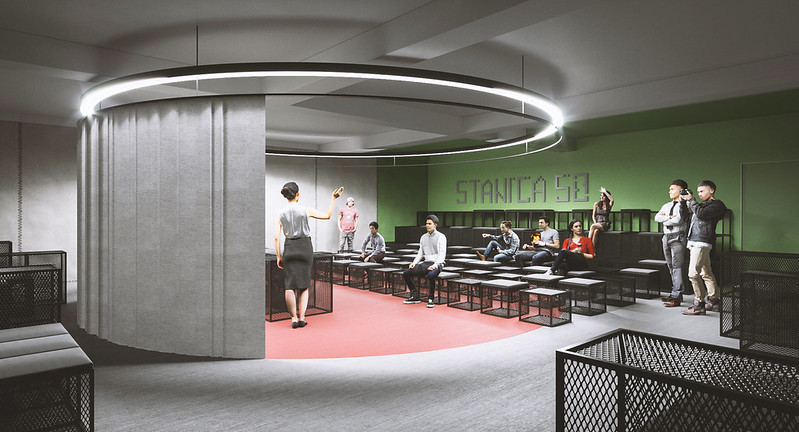 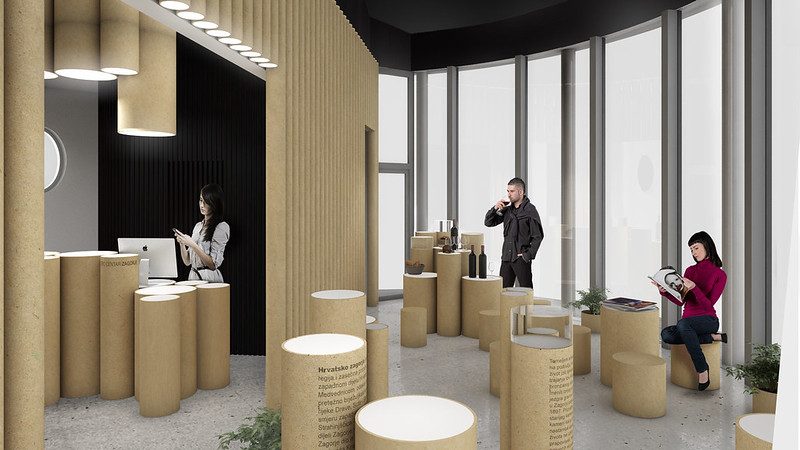 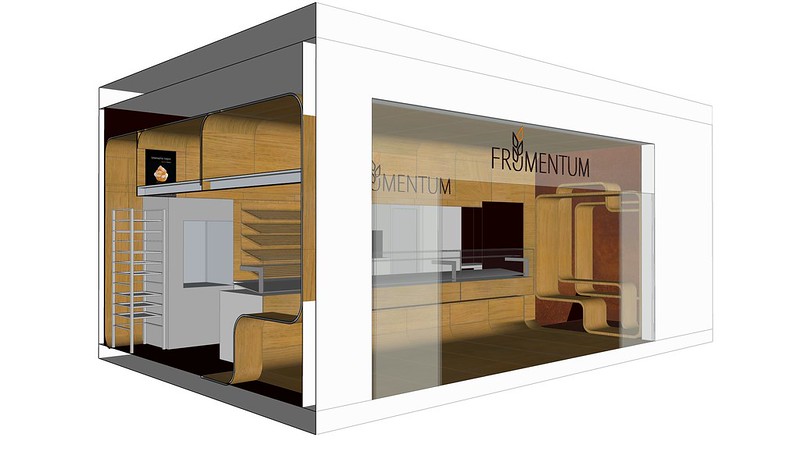